Are We All Connected? Local Realism, Quantum Entanglement and Brain Waves 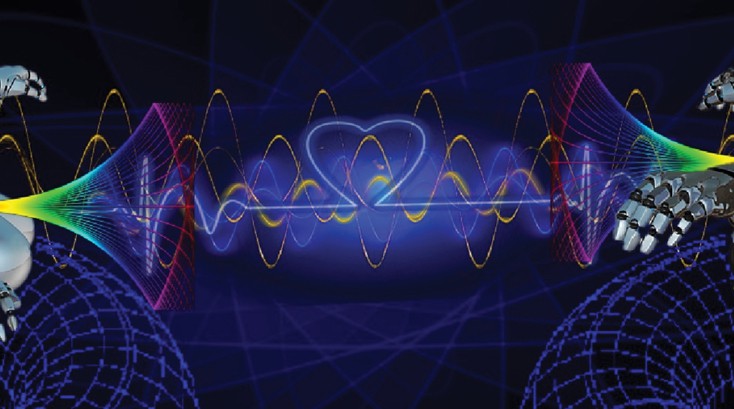 David Muehsam, Ph.D. is a biophysicist and the Director of Technology Innovation, Consciousness and Healing Initiative (CHI)

Can some people ‘read’ another person’s thoughts? Do our thoughts and feelings directly affect the way other people think and feel? Do recent studies on people’s brainwaves show that our brains are exchanging information, in much the same way as 2-way radios, or mobile phones?

Scientists have reported that in certain circumstances, people’s brainwaves can be in sync, even when the subjects were far apart. 29 studies on brain-to-brain interactions between people were recently summarized by William Giroldini and colleagues from the University of Padua, Italy.1 While additional research is needed to more clearly understand the meaning and veracity of these reports, they raise intriguing questions about consciousness: Do people communicate by some kind of brainwave internet? Is this data telling us that we are all somehow connected? If we are, can scientists begin to explain it? How would this change our view of the world?

The idea that people’s brainwaves can somehow be correlated, even at a distance, may seem outlandish. And it may contradict some of our most basic assumptions about the world: most modern science is based upon the assumption of Local Realism, the idea that matter is inanimate and can only be influenced by actions in the immediate surroundings. In the world of macroscopic objects like cars, buses, cats and dogs, this seems like common sense.

But the atoms and molecules that make up our bodies act according to a different set of rules. As scientists began to explore the world of subatomic particles, common sense about local realism was turned upside down. It all began in 1935, with a paper published by Albert Einstein, Boris Podolsky and Nathan Rosen, entitled Can Quantum-Mechanical Description of Physical Reality Be Considered Complete?2 Einstein, Podolsky and Rosen (EPR) argued that the quantum theory of matter was incomplete because in some cases it violates Local Realism: pairs of particles could exist in entangled states that allow an observer to know the properties of a distant particle, simply by measuring its entangled partner.

What is shocking about this result is that quantum theory tells us that if two particles are entangled, for example by having emerged from a common source with their spins in opposite directions, measuring the spin of one particle then instantaneously determines the spin state of its entangled partner, even if the other particle was several miles away, or in principle, even on the other side of the Universe.

Einstein didn’t like the notion of nonlocality, and argued that the EPR predictions imply that quantum theory is incomplete. 2 The idea of instantaneous action at a distance also appeared to violate a basic principle of Einstein’s Theory of Relativity: that nothing can travel faster than the speed of light. To make things even more confusing, in 1964 John Stewart Bell demonstrated mathematically that the assumption of entangled particles existing objectively in definite spin states prior to their detection is directly violated by the predictions of quantum theory.3 Bell’s assertion goes beyond stating that entangled states cannot be explained by Local Realism; he produced a testable hypothesis that indicates the particles cannot even be said to exist in definite states prior to their measurement. From this perspective, the perception of an observer might be considered a creative act, interactively participating in the manifestation of definite spin states through the process of measuring the spins.

A proponent of Local Realism might insist that this violates our common sense observations about the world, and therefore quantum theory and Bell’s assertion must be wrong. But numerous experiments have shown that nonlocal interactions like these do in fact occur,4 with the first experimental verification of Bell’s idea in 1972 by Stuart Freedman and John Clauser,5 followed by Alain Aspect in France in 1982.6 And last year, in a paper published in the journal Nature, Ronald Hensen and colleagues at the Delft University of Technology reported a ‘loophole-free’ experimental confirmation made under tightly controlled conditions7. In the words of Howard Wiseman, published in a commentary in the same issue of Nature, “Hensen et al. report the first violation of a constraint called a Bell inequality, under conditions that prevent alternative explanations of the experimental data. Their findings therefore rigorously reject local realism, for the first time.”

So, 50 years later, Bell’s assertion has stood the test of experiment, and entanglement and nonlocal interactions have become a part of mainstream physics. But what does this mean for daily life? Can entanglement happen outside of quantum physics labs? What could be the implications for biology? Could quantum entanglement help to explain reports of brainwave correlations?

While these issues are far from settled, in the words of physicist Menas Kafatos, “Entanglement is not a peculiarity of quantum mechanical phenomena at microscopic scales. It is instead the natural feature of the primacy of consciousness, operating through three fundamental principles of complementarity; creative interactivity and sentience; and recursion. Advances in quantum mechanics, quantum-like processes in biology and cognition and the working of the fundamental principles of consciousness will form the cornerstones of the emergence of Observer-based Science, distinguishing it, but complementary to, current Object-based Science.”8

Important questions remain as to what an Observer-based Science will look like, and the degree to which our daily experience embodies quantum phenomena like nonlocality. But complementarity, creative interactivity and sentience imply a basic subject-object connection, or non-dualism, an idea that has roots in the spiritual traditions of many cultures around the World.

The Indo-Tibetan philosophical traditions, for example, embody a viewpoint embracing both ordinary dualistic consciousness and a primordial consciousness that is without a subject-object distinction. 9 In the Tibetan tradition, the consciousness that recognizes the non-dual nature of reality, or “emptiness,” is known as the wisdom realizing emptiness, or the non-dual experience of primordial wisdom itself (Tibetan: ye shes) that has no object.10 This wisdom is free from subject/object duality and all conceptual elaborations, and is empty of inherent existence. It is said to have the quality of luminous clarity (Tibetan: ‘od gsal) and great bliss (Tibetan: bde ba chen po).10

Observations of brainwave correlations, quantum entanglement of particles, and Bell’s rejection of Local Realism may be difficult for us to believe because they embody concepts that were foreign to Western scientific thought for many centuries. But these observations are in accord with the perspectives of many philosophical traditions that embrace non-duality. And non-duality is also reflected in modern physics, for example in Kafatos’ notion of creative interactivity, and the complementarity of Observer-based and Object-based Science.

As scientists make more discoveries about the nature of the mind and how the body functions at the quantum level, progress in the sciences is likely to further embody non-duality and interconnectedness. If it is shown scientifically that we live in a non- dualistic, interconnected world, this can fundamentally impact the modern, global world-view, and could result in significant social change. A world-view informed by ancient ideas of interconnectedness may help us to better understand the world we live in, foster our reverence for all life, and live more harmoniously on our planet. In the words of the Dalai Lama:

“Because we all share an identical need for love, it is possible to feel that anybody we meet, in whatever circumstances, is a brother or sister. No matter how new the face or how different the dress and behavior, there is no significant division between us and other people. It is foolish to dwell on external differences, because our basic natures are the same.”11 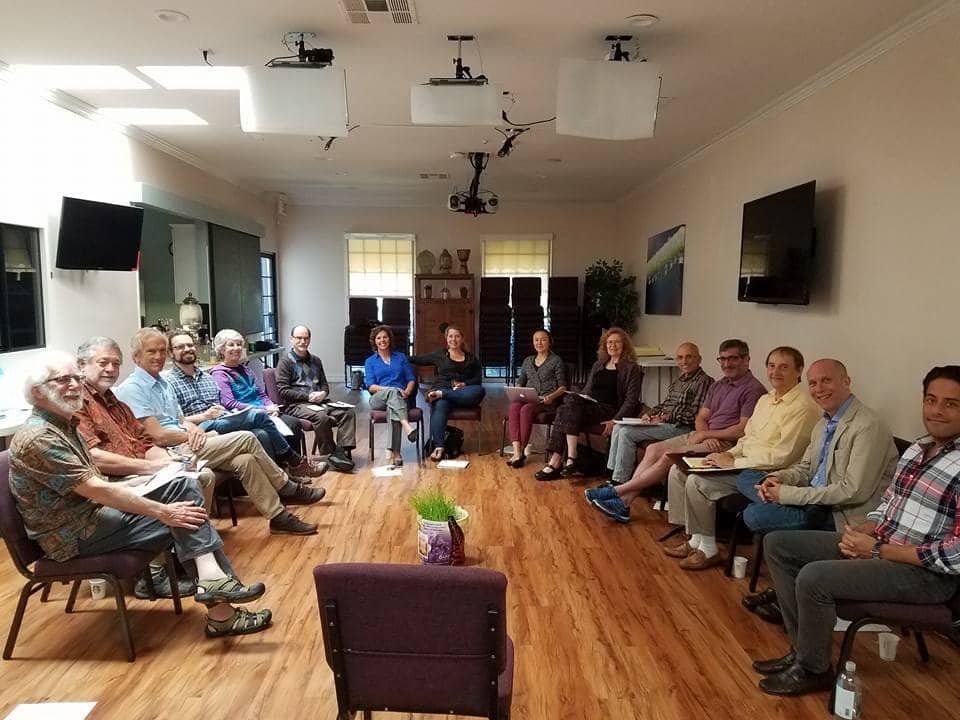 David Muehsam, Ph.D. is a biophysicist and the Director of Technology Innovation, Consciousness and Healing Initiative (CHI).